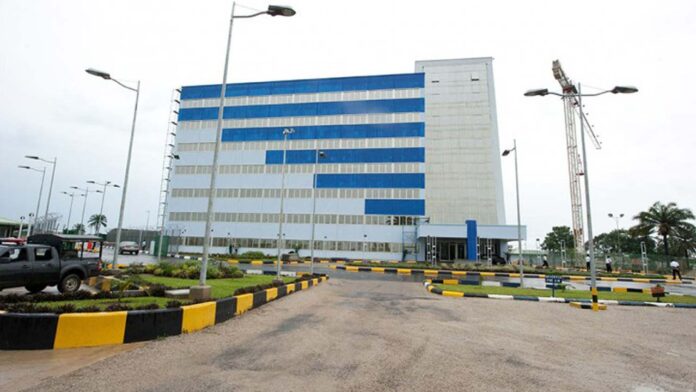 Aggrieved workers of Intels Nigeria Limited has vowed to shut down the company’s operations should the management refuse to meet their demands.

The Management of INTELS, after experiencing a tip of the iceberg from its workers where gates were being blocked to show a sign of displeasure, called upon the Union President, Sunny Atakpo, and others to reach a consensus.

However, information gathered by Unmask NG revealed that at the end of the meeting, the management was unable to come to an agreement with the demands. Thus, the Union President called for a continued protest and vows to embark on a total shut down of all activities if demands are not met.

While addressing the workers in a briefing held at the INTELS Corporate headquarters known as 7SB at the Onne port, the Union Executives said that the management has refused to show a sign of seriousness as regards the issue of payment of terminal benefits.

To this effect, the Union Executives advised the workers to return to their residence as there are certain processes that need to be taken as regards the labour law.

According to them, the law states that they need to embark on a 3-days warning strike followed by a 7 days ultimatum.

Atakpo maintained that if actions are not taken by the management after the 7 days ultimatum, then the workers would be left with no other option than to cut off operations totally.

He urged the workers to come out fully prepared with their cooking pots, kettles, firewood, foodstuffs, mats, pillows and so on if the management refuses to come in terms with their demands.

Also, he encouraged the workers to come out in mass and in unity during the protest so that they can pull down the operational bases of the company and fight for their right.

Recall that Intels Services Nigeria Limited, some days ago, terminated the employment of no fewer than 600 workers in Rivers and Warri operational areas after it recently declared 30 workers redundant.

The affected workers are mostly employees of Associate Maritime Services (AMS), a subsidiary of Intels. The disengagement has since Monday, October 12, 2020, led to industrial unrest by the aggrieved workers.

The Nigerian Ports Authority (NPA) and INTELS have a long history of media face-off and disagreements.

But three years ago, their dispute deepened as a report uncovered how the Nigerian government was making moves against the operations of INTELS, a company partly owned by former Nigerian Vice-President and former presidential aspirant, Atiku Abubakar.

The company was founded over three decades ago by Gabriele Volpi, an Italian national who also has Nigerian citizenship, and Abubakar.

In April 2017, President Muhammadu Buhari approved recommendations of the Attorney-General of the Federation, Abubakar Malami, breaking the near-monopoly of Abubakar’s INTELS in the handling of oil and gas cargoes in the country.

Later that year, Malami wrote to the Managing Director of NPA, Hadiza Bala-Usman, directing her to terminate the boat pilotage monitoring and supervision agreement that the agency had with INTELS, saying that the contract was illegal.

Malami in the letter had stated that the agreement which had allowed INTELS to receive revenue on behalf of NPA for 17 years, was in contravention of the Nigerian Constitution, especially in view of the implementation of the Treasury Single Account (TSA) policy of the government.

Consequently, INTELS has since been at the risk of operating on low earnings in commissions for the monitoring and supervision pilotage services it handles on behalf of NPA on Nigerian coastal waters. The INTEL’s layoff of the workers may have been as a result of micro-managing that was triggered due to the termination of its contract with NPA.

MTN Cuts Down 2020 Budget Despite Significant Revenue Growth, Here’s Why

Union Bank Ordered to pay N5.5m For Damages Over Breach Of...