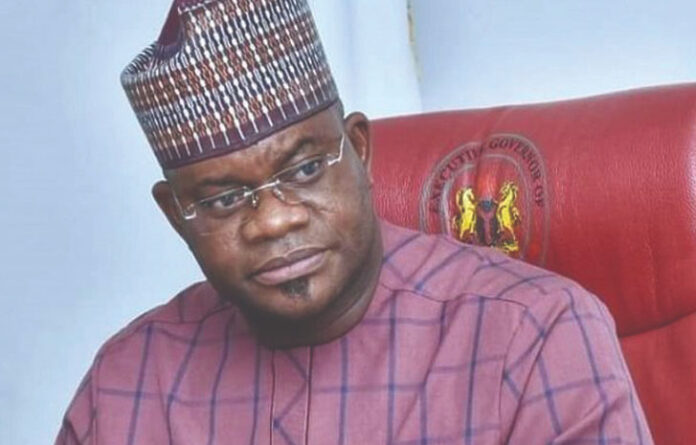 In a viral video at the weekend, the governor was seen examining the car, and about to test drive the latest addition to the collection of his array of cars which includes BMW, sports car, Bulletproof Mercedes jeep, and many more.

His latest addition was however coming at a time when all categories of workers on the state were being subjected to percentage salary payments with Local government workers the worst hit.

While the state workers have been going home with 80 percent for the past five months, local government workers have consistently been on a maximum of 40 percent.

Some of the local government workers who spoke on condition of anonymity said his take-home after deduction has stagnated at N4,000 per month for the past seven months!

Recall that last month Local government workers in Kogi state under the aegis of Joint Action Union, JAU threatened to call out its members for a strike following their insistence on 60 percent salaries against the Government’s offer of 40 percent for November salary.

JAU is made up of the various Union Leadership heading Labour Union’s working at the Local Government levels, is presently engaging the Kogi State Government on the payment of October Salary.

A source close to the meeting told our correspondent that members of the Union have lost confidence in their Leadership as JAU has not protected their interest.

Workers under JAU said they have consistently been on percentage payment of salaries ranging from 30% to 35%, with the Joint Action Union in yesterday’s meeting calling for a jack-up to 60% for October Salary.

The source said asides, before the November 2019 governorship election when the various workers at the LGAs received 50% salaries, ever since then, the salaries for workers either as pensioners, teachers, health workers, primary school teachers, local government staff have ranged between 30% to 35%.

The demands by JAU members that have put the Leadership in a tight corner are coming up after many years of sacrifices, with the October salary likely to be the last to be paid centrally by the government before it is handed over to likely elected councils after the December 12 Election.

While the majority of JAU members at the local government level say they look forward to the return of the salaries account to the various local government areas to be handling, lamented that it has been challenging making ends meet with percentage payment.

“Our governor must be the worst in the country, and it’s more heartbreaking that he’s a youth. How can a governor be that selfish?.. such that the welfare and security of his people don’t bother him.

To even think he displayed a luxurious car he recently bought, shows how shameless he is, and it’s sad.”

Expressing dismay over the dearth of infrastructural amenities in the North Central State under Bello’s watch, Kogi State Youth Renaissance (KSYR) said while the governor continues to display arrogance and his expensive lifestyle, he’s fond of depriving the Kogi people of basic needs.

“Under Governor Yahaya Bello, healthcare has completely gone moribund with the Federal Medical Centre under lock and key after the attack by hoodlums suspected to be agents of the Bello administration.

“This administration has continued to pay lip service to health challenges in the state including the COVID-19 pandemic, leading to unexplained deaths.

“Kogi State is now ranked among the highest in the demography of states with people living in abject poverty, with the high unemployment rate, infant mortality, low life expectancy, and increased crime rate,” the group stated.