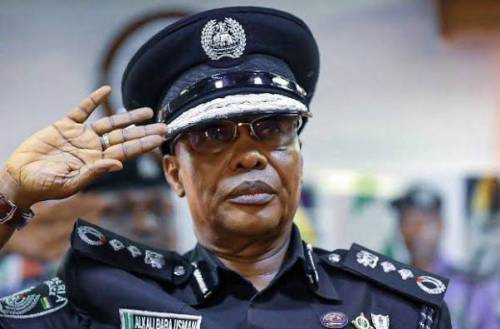 The Commissioner of Police, Railway Police Command, CP Yetunde Longe, debunked recent fake news purported by some online platforms that a train was halted by unknown persons along the Lagos-Ibadan rail line causing fear amongst passengers.

CP Yetunde Longe in a press statement said that the attention of the Railway Command has been drawn to recent a publication claiming that a train was halted along the Abeokuta axis by unknown persons on Saturday, 12th of February, 2022. She said that the information is entirely false and should be disregarded by the public.

Stating the fact of the incident, the Commissioner of Police said, “On Saturday, 12th of February, 2022 at about 1530hrs, while on motion, the Train Driver at Papalanto New Standard Gauge Rail Line, Abeokuta axis of Lagos-Ibadan rail line, observed that the track was not well-positioned, and in other to avoid possible derailment or accident that could lead to casualties, he had to stop and reposition the track before proceeding on the said trip.”

“The train was at no point stopped by unknown persons as earlier purported in the media.” She added.

CP Longe noted that the Safe trip and safety of all passengers is of utmost priority, to the Railway Police Command.

She however issued stern warning to rail line vandals to desist from the act as anyone caught will be severely dealt with to the full extent of the law.

Buhari To French Investors: Bring Your Money To Nigeria