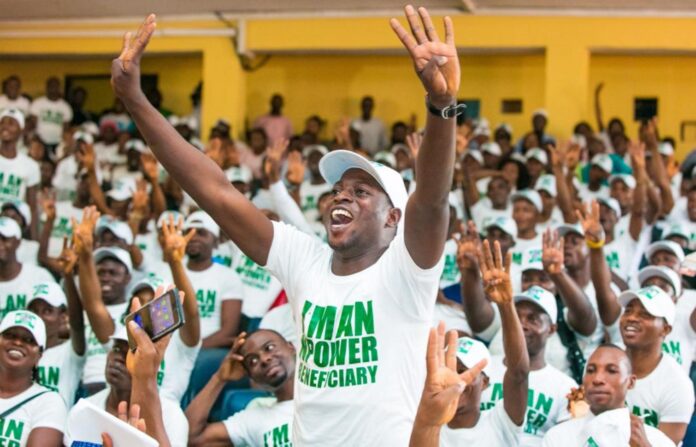 N-power batch C beneficiaries across the country have started getting their stipends, as the federal government commenced the disbursement of their stipends on Monday, November 8, 2021.

Unmask NG understands that the payment is for October 2021.

In a statement titled ‘Payment of October stipend officially commences today 8th November, 2021’, the National Social Investment Management System (NASIM), under which the empowerment scheme was floated advised beneficiaries to ensure that their bank details are correctly captured for payment purposes.

Read the full statement about the payment below

Payment of October stipend has officially commenced lately today 8th November 2021 after the delay as encountered by beneficiaries.

While some Beneficiaries has begun receiving payment notification (alert) on their phones, others are still pending. You are enjoined to log in to your Nasims self-service portal and assess under payroll tab.

Based on Banks, some payment statuses are PENDING and will be processed in shortest possible time.

Above all, ensure your bank account details are correctly captured on your NASIMS dashboard to avoid not being paid.

Newsrand had published an article, in which NASIM clarified a common insinuation among N-power beneficiaries that Sadiya Umar Farouq, the Minister of Humanitarian Affairs, Disaster Management and Social Development, is the one responsible for their payments.

But quashing such belief, the NASIM stated that Farouq has no responsibility for the paying of N-power beneficiaries.

In a statement addressed to the beneficiaries, NASIM revealed that the payment of N-power beneficiaries comes directly from the Central Bank of Nigeria (CBN), and not Farouq as widely believed.

Why FG’s Reduction Of Levy On Imported Cars Is A Smart...