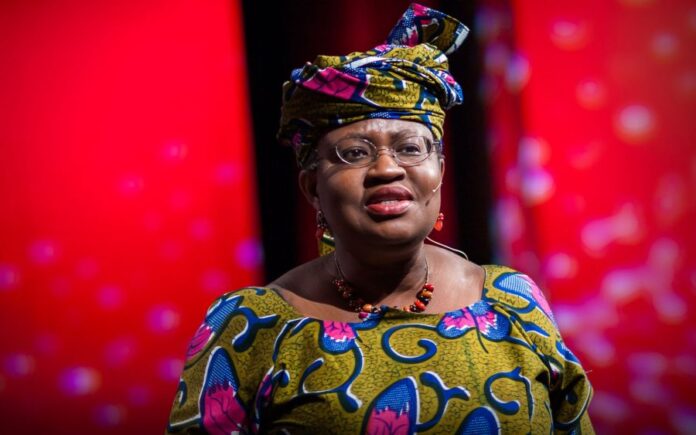 The European Union (EU) has reiterated support for Nigeria’s former Minister of Finance, Ngozi Okonjo-Iweala, to become the next Director-General of the World Trade Organisation (WTO).

During a video conference with President Muhammadu Buhari, the President of the European Council, Charles Michel, gave the re-assurance to ensure that the Nigerian candidate emerges DG.

Recall that Okonjo Iweala was jostling the position with South Korea’s first female trade minister, Yoo Myung- hee, was poised to become WTO’s first female leader by consensus on Wednesday after gaining the support of most  WTO member states. But the nomination was moved forward after the U.S voiced opposition to her appointment.

At Wednesday’s meeting, the U.S was the first country to dial in, over a video conference line, saying Okonjo-Iweala lacked the experience to do the job, according to a Western ambassador who was present.

The US complained that the WTO’s election rules were flawed because they did not allow governments to register a negative view of a particular candidate.

However, the American objection prompted an uproar from the delegates of more than two dozen governments and international organizations seated in the room, with European allies, China, Canada, Latin American and African states all rallying against the US.

An EU representative complained that if the U.S had issues with the process, it could and should have raised them far earlier.

Other countries with delegates in the chamber also raised flags, including some that backed Yoo, to join the EU in its objections to the American objection.

In the same vein, dozens of governments swiftly spoke out against the U.S saying Washington was trying to obstruct and weaken the global-trade regulator.

The Delegates accused the U.S of trying to bully them and said that if the U.S didn’t rescind its objections, they would force a vote next month on Okonjo-Iweala’s candidacy.

“Given that it will come down to a vote, the likelihood of Nigeria winning is 99 percent,” the ambassador said.

Meanwhile, WTO spokesman, Keith Rockwell had announced that the organization would go ahead with a meeting November 9 to pick a new leader. If necessary, as a last resort, a vote could be held to pick a leader although that would break the precedent of selecting the WTO chief by consensus.

He said consultations with the U.S and other members would continue but South Korea declined to withdraw Yoo’s candidacy.

Despite US opposition, Okonjo Iweala had pitched herself as a champion of developing countries. She touted her managerial experience and work as a former senior World Bank official and board chair of the Global Alliance for Vaccines and Immunization as ideal preparation to steer the WTO’s focus on the serious trade challenges of a global health crisis.

In a statement after the selection meeting on Wednesday, Okonjo-Iweala sounded a note of victory, saying she was immensely humbled to receive the backing of the WTO’s selection committee today.

“A swift conclusion to the process will allow members to begin again to work together, on the urgent challenges and priorities,” she said.

The race for the job, in which eight candidates initially competed, was triggered when Brazil’s Roberto Azevedo said in May that the was stepping down a year early, partly to allow for new leadership ahead of important WTO meetings next year.