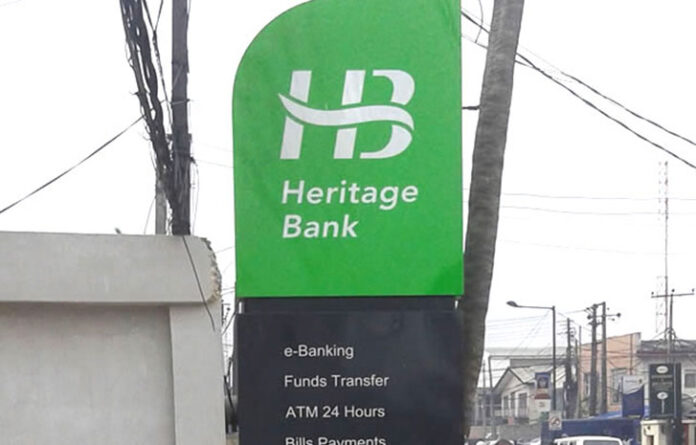 Information reaching Unmask NG has it that there is panic among shareholders, board, and management of Heritage Bank, as the House of Representatives threatened to authorise the Central Bank of Nigeria (CBN) for the takeover of the financial institution.

The lower chamber of Nigeria’s bicameral National Assembly made this threat amidst Heritage Bank’s ineptitude to pay the federal government what it was owing.

According to the Reps’ ad hoc committee on the assessment and status of all recovered loots (movable and Immovable assets) from 2002 to 2020 by agencies of the Federal Government for effective efficient management and utilisation, Heritage Bank’s about $32 million debt to the federal government, which is more than its entire share capital.

Issuing the threat, the Chairman of the committee, Adejoro Adeogun, at an investigative hearing in Abuja, maintained that the financial institution cannot be owing more than its share capital.

His words: “If Heritage Bank is owing Nigeria more than its share capital, we will not hesitate to ask the National Assembly to write to CBN to take over Heritage Bank.

“They cannot be owing more than their share capital, sit on it and feel too big to respond to invitations from the National Assembly. Clark, you have to write them, give them till Wednesday next week. That is the last time we are going to give them.”

While the takeover of Heritage Bank might not lead to loss of jobs and customers’ deposits, Unmask NG highlights below how the financial institution came into being:

IEI Investments Ltd acquired Societe Generale Bank of Nigeria (SGBN), which was licensed by the CBN after meeting all its requirements. This acquisition happened after the bank failed to meet the apex bank’s new capital requirements of N25 billion or $155 million for a national bank.

IEI Investments’ acquisition led to the birth of Heritage Bank, which later returned100% of existing SGBN account holders’ money which was frozen at the bank’s closure by CBN.