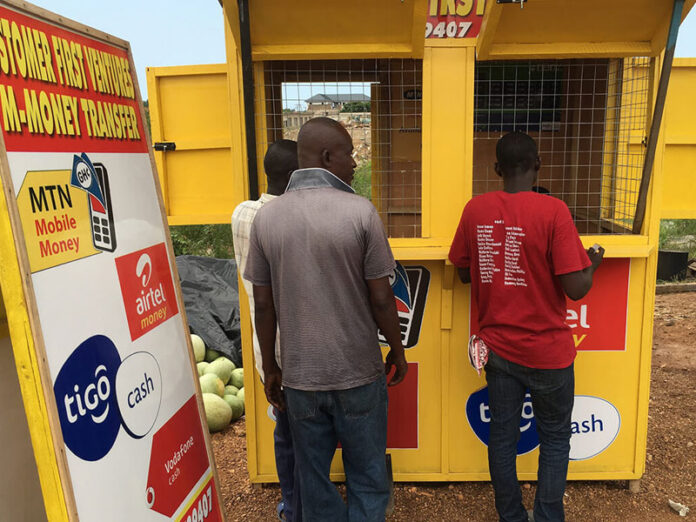 Bank customers and Point of Sale (PoS) operators in Zamfara, Katsina, Sokoto, and Kaduna states, have expressed their sadness over the untold hardship imposed on them by the ongoing halt of services by MTN, and other telcos.

Sources in the affected states confirmed to Unmask NG that the ban of telcos’ services due to the lingering insecurity by bandits has affected everyone, such that banking services could not be accessed.

A resident of Chikun, Kaduna, Kenneth Okafor said he had to leave the comfort of his home at the Sabo Tasha area to Barnawa in the Kaduna South local government area to make and receive calls.

Okafor, who also operates a PoS business, noted that the suspension of telecom services had affected his daily returns as customers preferred moving to areas with networks to transact their businesses.

“I was forced to close shop shortly after the announcement,” she said.

Some bank customers in Sokoto also lamented how they had to travel far to local government areas not affected by the telecoms ban to access banking services.

In Katsina State, it was observed how the shutdown had affected several businesses in the affected LGAs.

Business centres rendering Internet services, PoS operators, among others, were the worst hit.

Hajiya Aishatu Jamilu, who is a daily thrift collector and a customer of a first-generation bank in Dutsin-Ma, narrated how the ban had affected her business.

She said, “My husband introduced me to the business of thrift collection from people and I have been doing it for about 25 years now. Since our network was shut down in September, I have been travelling to Katsina to transact business with my customers and bank. This is a major challenge to me.”

Ado Lawan, who is also a POS operator in Kurfi, said the ban had affected his business.

Mallam Ahmad Bishir, who operates a cyber cafe in Dutsin-ma, also narrated how he could no longer render services to his customers who were mainly students of the Isah Kaita College of Education and Federal University, Dutsin-ma.

A 200 Level Fisheries and Aquatic student of the Federal University, Dutsin-ma, who spoke on condition of anonymity, said he always gave his debit card to his friend who is a commercial driver whenever he needed cash.

In Zamfara State, it was noted that due to the ban, bank customers often visited Gusau, the state capital, to withdraw money, while several others travelled to the neighbouring Sokoto, Kebbi, and katsina states to access banking services.

According to residents, some customers travel as far as Kaduna and Kano to transact certain businesses.

A PoS operator, Ridwanu Isa, who lives in the Shinkafi LGA, said he had been out of job for over a month.

He said he was recently forced to relocate to Gusau town where there are telecom services, to continue his business.

Due to the incessant attacks by bandits and other insecurity challenges, the President Muhammadu Buhari-led government imposed a ban on telecommunication services in Zamfara and parts of Sokoto, Katsina, and Kaduna states.

In compliance with the directive of the Nigerian Communications Commission (NCC), GSM operators, on Friday, September 3, 2021, shut down their 248 base stations in Zamfara State.