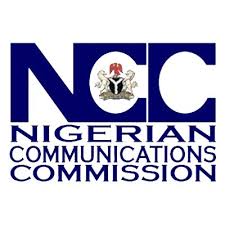 The Nigerian Communications Commission (NCC) has announced the reduction of data price by 50%.

In a statement gathered by Unmask NG, the Minister of Communications and Digital Economy, Isa Pantami said the reduction was made due to the report submitted by the Nigerian Communications Commission(NCC).

“This was based on a report submitted by the Nigerian Communications Commission to the minister (Pantami) following the implementation of the directives.

“The government had inaugurated a committee that developed the Nigerian National Broadband Plan (2020-2025) on December 16, 2019. The plan, which was launched by the President, Major General Muhammadu Buhari (retd.), in March 2020, aimed to reduce the average cost of 1GB data to a maximum of N390 by 2025.

“Policies are in place to ensure that operators adopt competitive pricing that eschews unjustifiable margins. The general public may also wish to note that complaints about rapid data depletion are also being investigated.”

While speaking on the reduction of data, the Executive Vice Chairman of the Nigerian Communications Commission (NCC), Umar Garba Danbatta maintained that Commission will continue to work towards the reduction in cost of data.

His words: “NCC is already working hard to address their concerns. We did our benchmarking recently and we discovered that the cost of 1 Gigabyte of data has come down below N500, which represents 50 per cent reduction from what it used to be.

“There is however a target to reduce data cost to N390/Gigabyte by the year 2025 and we are almost there. The target, as enshrined in the National Broadband Plan (2020-2025) is to achieve N390/Gigabyte in the cost of data by the end of 2025, but the recent benchmarking that the NCC did, showed that the cost of data has reduced to more than 50 per cent from what it used to be at the beginning of 2020.

“For us as industry regulator, this is a good sign that data cost is coming down and that the issue data depletion as experienced by subscribers, is gradually been addressed.”

It is generally believed that the reason why internet subscribers complain of data plans and subscription consuming faster than the intended lifespan is because there is absolutely no regulation that ensures that the promised amount data is delivered.
Now, it is hoped that with new reduction of data price, Nigerians will enjoy data at a low cost.