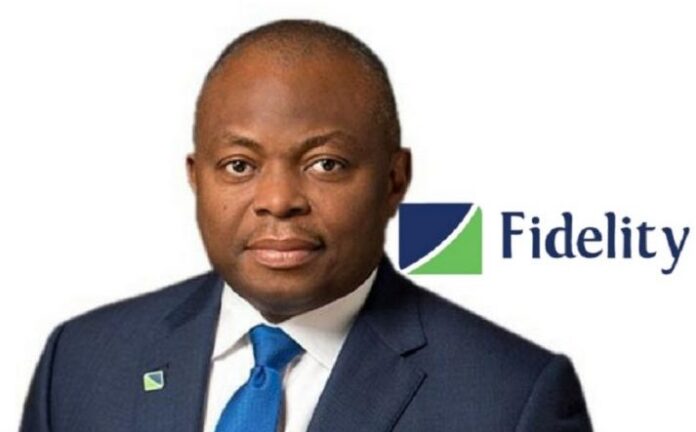 Nnamdi Okonkwo, the Managing Director (MD) of Fidelity Bank has been honoured for transforming Fidelity Bank.

For his leadership role in the bank’s transformation process, Okonkwo won The Banking Sector CEO of the Decade at the BusinessDay Banks and Other Financial Institutions (BAFI), which recently Awards held in Lagos.

While receiving the award on behalf of Okonkwo, the Bank’s Executive Director for Operations and Technology, Gbolahan Joshua commended the effort of the CEO, saying Okonkwo has contributed immensely to the development of the bank, hence, he merited the award.

“This comes as a crowning glory to the contributions of Mr Nnamdi Okonkwo to Fidelity Bank, the banking industry and the entire Nigerian economy. As you may be aware, he is retiring as our CEO, after the completion of contract tenure, by December 31, 2020.

“Okonkwo was honoured for “transforming Fidelity Bank into one of the fastest-growing and most trusted financial services brands in Nigeria,” he stated.

He however dedicated the award to stakeholders including, customers, shareholders, the board of directors, executive management, and staff of Fidelity Bank.

Joshua said, “He has asked me to dedicate this to all the stakeholders of the bank, including his family and mentors. According to him his modest achievements and contributions would not have been possible without their unalloyed support and help.”

With so much joy in the air, Fidelity Bank was also named the Commercial Bank of the Year.

More so, the bank’s net loans and advances grew by 174 percent from N426.1 billion to N1.16 trillion; customer base increased by 121 percent from 2.4 million to 5.3 million, and digital banking penetration improved from 1.0 percent to 50.1 percent, accounting for 28.4 percent of total fee income.

Amongst other achievements, Okonkwo was able to rebrand projects that led to an increased youth appeal, revamp the bank’s management performance and implement digital transformation in improving digital retail strategy.

BAFI Awards, established by BusinessDay Newspapers to recognises and celebrate organizations, individuals, and teams that have achieved excellence in the delivery of financial services across the country.