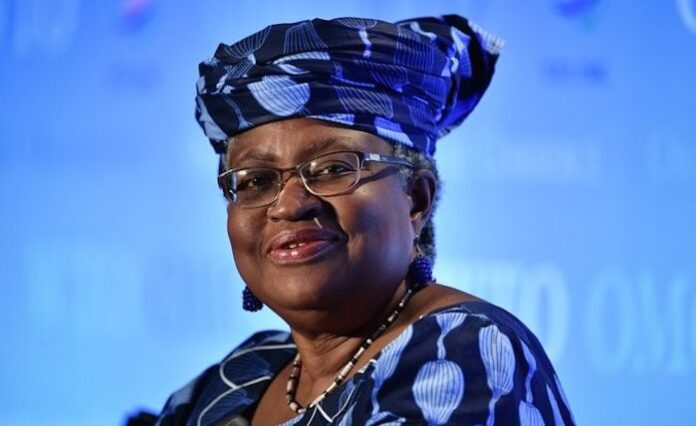 Ngozi Okonjo-Iweala, Nigeria’s former Finance Minister, has been honoured as the Forbes Africa Person of the Year 2020.

It appears that Nigerians are now turning tables around on a global scale with their outstanding works. They have made Africa proud and earned respect for their names.

Expressing her excitement after being awarded, Okonjo-Iweala commended the management of the magazine for the honour and recognition.

“Thrilled to be named Forbes Africa-CNBC ‘2020 African of the Year’ following in the footsteps of my great brothers Paul Kagame and Akin Adesina. I am excited by the prestigious award,” she stated in a statement.

While describing how Africans have motivated her, she stressed that “it is a great honour to serve Africa in different capacities. I look forward to deploying my energies at the WTO for Africa and the world This award is for fellow Africans suffering the health and economic impact of #Covid19. The energy and resilience of Africans inspire me.”

Okonjo-Iweala is jostling for the position of the Director-General (DG) of the World Trade Organisation (WTO) with South Korea’s first female trade minister, Yoo Myung- hee.

With Myung-Lee being withdrawn in the final lap of the race, Okonjo-Iweala is poised to be the one to lead the trade organisation in the coming years.

Okonjo-Iweala has received numerous recognitions and awards, which include the followings:

Why CBN Opposed The Removal Of Arabic Words From Naira Notes