Home General News BRT May No Longer Serve Lagosians From Monday, Here’s Why 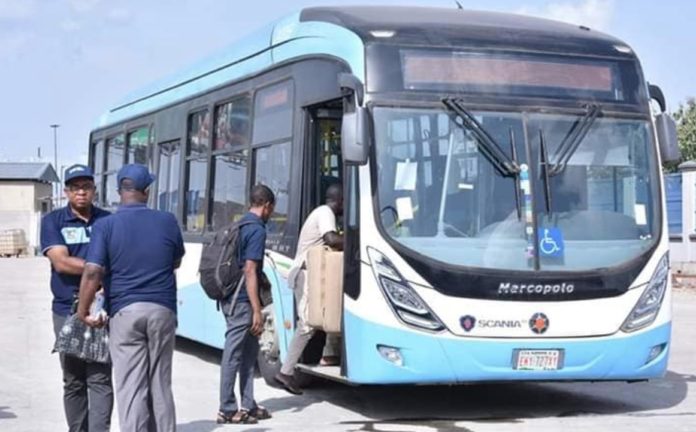 There are possibilities that Primero Transport Services Ltd, the operator of Bus Rapid Transit (BRT) may no longer serve Lagosians from Monday, May 25, 2020. This is according to a top official in the company.

The official disclosed that BRT may stop operating from Monday due to lack of diesel, amongst other logistics problems.

“Primero is planning to withdraw all its buses from the road from May 25. The company is running out of diesel.

“Suppliers have not been supplying diesel fully because the firm is owing them. The company is currently running at a loss.

“Primero will run out of the supply of diesel and other supplies by Monday. So it is not likely the buses will run,” the official was quoted as saying.

Since the coronavirus lockdown order was lifted in Lagos, there have been complaints from members of the public over the shortage of BRT buses across different routes in the state.

Aside from the shortage of BRT buses, there have been long queues and a significant surge in waiting time at BRT stations across the state.

Lagosians should braceup for an increase in transport fare when they want to use BRT services. Going by a statement by Fola Tinubu, the Managing Director of the company, BRT can not sustain the existing business mode of operations due to the new laws of motoring in the state.

According to him, it already looks as if the BRT is running a social service for the people of Lagos.

His words; “The way we are operating now is as if we are just running a social service for the people.

“Twenty passengers in the bus on the same old fare is not sustainable. We are piling up losses that we need to address urgently.

“Creditors are calling us. We need to address that urgently. The way it is right now is not sustainable.

“That was why we have limited buses on the roads. Every bus that is going up and down now is incurring so much loss.”

Should it be that BRT will not operate in Lagos from Monday, there will be traffic congestion in the state, which will have negative effect on the productivity and earnings of Lagosians.

Recall that some months ago, the Governor Babajide Sanwo-Olu-led administration had placed a ban on the operation of commercial tricycles and motorcycles in the state.

Youths To Get N40,000 Monthly Stipends From Lagos Govt