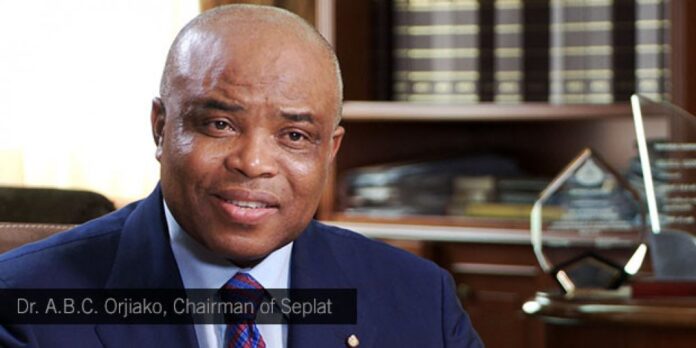 It appears that Seplat co-founder, Bryant (ABC) Orjiakor, has been caught up in debt controversy and the shutdown of Seplat headquarters by Access Bank.

Recall that few days ago, Unmask NG reported that the financial institution secured the order to shut down the headquarters over  the debt owed by Cardinal Drilling, which is a third party company that provides drilling services to Seplat.

Following the shut down, Seplat promised to take legal action against Access bank to vacate the court order pursuant to which the building was sealed.

It all began when diamond bank was merged with Herbert Wigwe-led bank. it happened that diamond bank incurred bad loans. One of which was the $85.8million obtained by Cardinal drilling.

Years later, the loan became a burden on Access Bank due to the merge. Therefore calls out Cardinal Drillings, its Managing Director, Kalu Nwosu, and Orjiakor to recover the loan.

Although, Seplat maintains that there is no relationship with cardinal drilling and itself and it doesn’t own a stake in cardinal drilling, more ties continue to spring up in their interactive voice response and website.

Now, Orjiakor is seen at the middle of the deep blue sea as access bank insists that since he is one of the major investors of Cardinal Drillings, he has to repay the bad loans or else it would seize properties belonging to cardinal drilling.

It is pertinent to know that at the time of publishing the report, Cardinal drilling company is yet to respond to any of the allegations laid before the company.