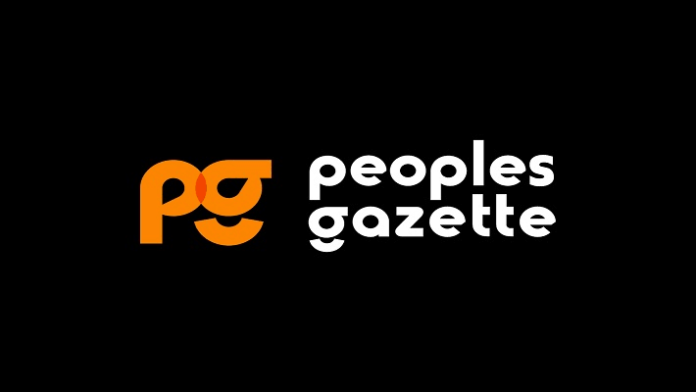 Media as the fourth estate of realm has its foundation on ethnics and ethos of journalism as a respected profession. It is rooted in the ideals of liberalism which espouses fundamental human rights of free speech as regards information dissemination. In fact, one of the yardsticks to measure any democratic society is the freedom of its media; the reason it is oxymoronic to have free press in an autocratic environment.

But freedom of the press is not absolute in its expression. It is like fundamental rights of individuals and entities; it stops where other people’s rights begin. This implies that freedom of the media cannot be expressed outside the stipulated rules and regulations guiding journalistic practices; the reason libel and other related laws were established to checkmate excesses of bad eggs who thrive in blackmail, falsehood, conjectures, etcetera.

The advent of social media has changed drastically the world of information dissemination and journalism. The ethics of practice in journalism that creates balance in information publications is almost non-existent in social media. New Media is like an unregulated marketplace of information where every junk and malicious falsehood are churned out unedited in the cyberspace to be consumed unfiltered by lots of people on social media.

Leading in this light of perfidy and ignominy is Peoples Gazette, an online media platform, that has become notorious for media terrorism; taking undue advantage of uncensored nature of social media to exhibit extremism in the media industry by constantly thriving on sensationalism, blackmail and malicious reportage. Since it was floated, it has been used as instrument of blackmail and falsehood against targeted persons and organizations who refused to do its bidding.

Peoples Gazette’s unscrupulous activities of unprofessional reportage proved that the blog is being run by a group of narcissistic rascals who lives on vile propaganda and vicious blackmail. These are morally bankrupt and ideologically perverted swindlers that have thrown ethics of journalism to the dogs in their amoral business of blackmail and extortion. Peoples Gazette hide under the decoy of investigative journalism to identify their prey; an individual or a company, then unleash its propagandistic blizzards to force their victims to part with huge sums of money or adverts—in the case of companies.

This is terrorism in the media in its ugliest form. The antics of this online newspaper called Peoples Gazette, run by intellectual frauds and pseudo-journalists is not different from criminal actions of kidnappers who kidnap, hold their victims hostage until ransom is paid. This is gross abuse of freedom of the press. We defend media rights when their liberty is being trampled upon by despotic tendencies in government. But when few extremists masquerading as journalists are terrorizing individuals, corporate bodies and government, we have the same moral obligations to call them to order.

Peoples Gazette has crossed the line. What they practice now is corrupt version of journalism. It is a syndicate of blackmailers; a dangerous propaganda platform use for exploitative blackmail, unfortunately some Nigerians still follow this blog on social media for information. When a corporate organization stops giving them adverts, they will resort to cheap blackmail against the same entity. When a targeted victim refuse to fall to their gimmicks, he becomes paranoic object of their blackmail and venomous reportage.

Sometimes I wonder why Nigerian Union of Journalism (NUJ), civil society groups, and civil rights activists, etcetera, turn blind eye on extremism of Peoples Gazette in its publications and reportage. All of us shouted to high heavens when Twitter was banned. We condemned government’s ill-conceived clampdown on social media. But why the graveyard silence on the media terrorism being exhibited by Peoples Gazette against individuals and corporate organizations? I hope there will be similar silence when Peoples Gazette is made to pay for its criminal actions.

APP REVIEW: With A Stolen Phone Number Or Fake Email ID, You Can Sell/Buy...

As part of its Corporate Social Responsibility programmes, Dangote Oil Refining Company has awarded scholarships to 137 tertiary institutions and secondary school students from...

Some days ago, the Redeemed Christian Church of God (RCCG) dating site started to trend on social media, stirring a debate among users. Confirming the...

The Dangote Industries Limited weekend buoyed its catalogue of approval rating with the commendations from Emir of Kano, Aminu Ado Bayero, and the Kano...

President Muhammadu Buhari has stated that Nigerian artistes, filmmakers, and other creative industry stakeholders will contribute no less than $10 billion to the country's...

APP REVIEW: With A Stolen Phone Number Or Fake Email ID, You Can Sell/Buy...

Popular digital marketplace, Jiji, is one of the leading platforms that is making eCommerce possible and a lot easier for tech-savvy Nigerians. Launched in 2014,...