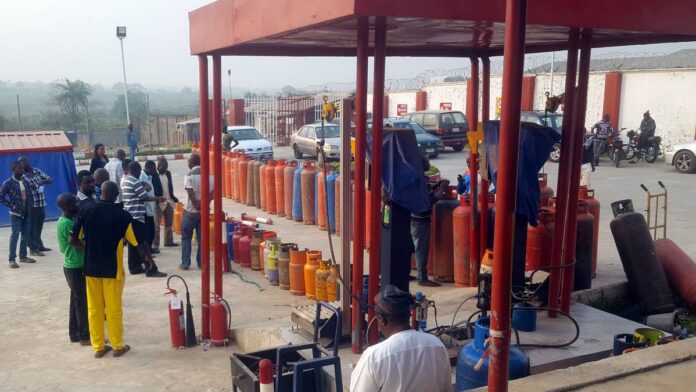 The move by the Board of Directors of Nigeria Liquefied Natural Gas (NLNG) to prioritise aggressive local penetration and expansion of the supply of cooking gas, has pushed demand for the commodity up.

This surge in demand, according to retailers, may lead to scarcity of the commodity, which could influence a marginal price hike in cooking gas.

Unmaskng.com Recalls that the Board of Directors of NLNG Limited had on January 13, 2022, ratified the supply of 100 per cent of the company’s LPG production (Propane and Butane) to the Nigerian market.

NLNG disclosed that it deals majorly in Liquefied Natural Gas and that LPG was only a byproduct of LNG.

The company disclosed that all its cooking gas is now sold in Nigeria.

What Stakeholders are saying

There have been divergent opinions over the effectiveness of NLNG move.

Stakeholder in the gas sector has expressed misgivings over the ability of NLNG’s decision to address critical issues that affect the sector and Nigerians.

He disclosed that there are doubts over the company’s ability to meet the local demand of about 1.2 million metric tonnes per annum when the prices of cooking gas went up after the announcement due to an upsurge in demand.

Umudu also pointed out that the factor of competition might play a role in the stability of prices and meeting of local demands, he explained that the prices of cooking gas went down recently because of importers who stepped in to bridge the gap between demand and supply, he noted that these importers may be dissuaded from continuing over a fear of losing if NLNG floods the market with its product.

He said, “We should be conscious this time, for after the announcement was made we recorded a slight increase in LPG price. So we have to welcome that announcement with caution.”

For his part, the Minister of State for the Environment, Chief Sharon Ikeazor, said that the initiative would tackle the issue of deforestation and the use of charcoal of cook which negates the resolution of countries on global warming.