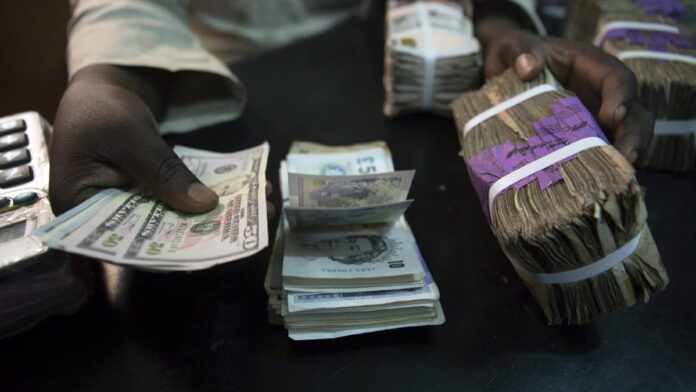 This development represents a fact that naira gained as against the dollar, as it closed at N415.10, a 09% drop, on Thursday, October 28.

According to data from FMDQ Security Exchange, where forex is traded officially, dollar to naira opened at N414.49/$1 on Friday, after it closed at N415.10/$1, a day before.

How much is dollar to naira at the black market?

Bureau De Change (BDC) operators at the black market, where the currency trades illegally, confirmed that dollar to naira opened at N517/$1 in Lagos.

Please note that the Central Bank of Nigeria (CBN) does not recognise the black market, as it advised everyone to approach their respective banks for forex-related dealings.