Home Cryptocurrency News Emefiele: Crypto Ban Has Nothing To Do With #EndSARS 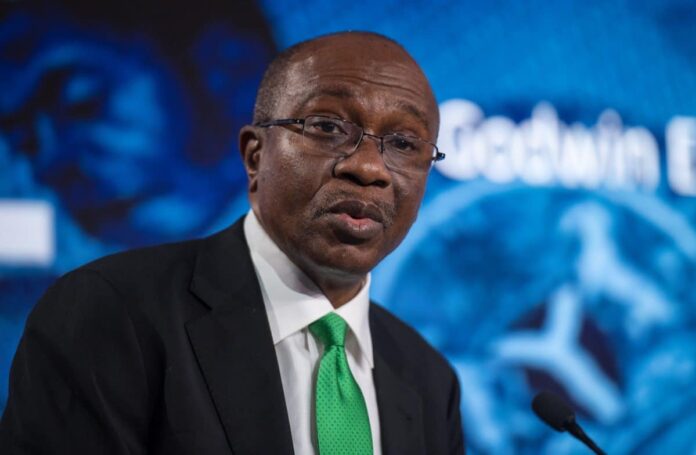 Governor Godwin Emefiele of the Central Bank of Nigeria (CBN), has clarified that the ban on cryptocurrency in the country has nothing to do with #EndSARS, the nationwide against brutality by the citizenry.

Unmask NG understands that last year (2020), the Nigerian citizenry took to different parts of the country to express their displeasure at the way men of the Nigeria Police Force (NPF), especially those of the defunct Special Anti-robbery Squad (SARS), a notorious unit of the police force known for wanton arrests, extra-judicial killings, assaults, and harassments, were making life unbearable for them to live.

As part of their demonstration, the #EndSARS protesters secured funding from donors through various channels, amongst which is cryptocurrency.

Shortly after the infamous Tuesday, October 20, 2020, massacre, the apex bank started to clamp down on #EndSARS protesters, as it froze the bank accounts of the campaign leaders.

However, speaking on the clampdown in an interview on Arive TV monitored by Unmask NG, Emefiele explained that CBN’s disapproval of cryptocurrency transactions in Nigeria is because of its illegality, and not #EndSARS as widely claimed.

While maintaining that Nigeria’s banking space would not support cryptocurrency, Emefiele noted that even in most developed countries, the digital asset was yet to be fully adopted.

His words: “As you said, the #EndSARS issue came up in October 2020 and we came up with the issue of saying that we would not make our banking and payment system space available to those who were involved in cryptocurrency business because we feel that a substantial portion of the transactions going on there are illegal.

“Look at it this way: what is there to hide? Why are the transactions so hidden? Why are they encrypted? If I conduct a transaction and a regulator or security authority wants to see the nature of the transaction, those (transactions) can’t be encrypted for people to know what happened.  It means that cryptocurrency is a product that is embedded in high level of illegality.

“In fact, I have not seen more than one or two countries that have supported cryptocurrencies. You will not find developed economies or economies where high level of payment standards is put in place where the government is serious about tackling money laundering; you won’t find central banks in those climes supporting cryptocurrency.”

This website uses cookies to improve your experience while you navigate through the website. Out of these, the cookies that are categorized as necessary are stored on your browser as they are essential for the working of basic functionalities of the website. We also use third-party cookies that help us analyze and understand how you use this website. These cookies will be stored in your browser only with your consent. You also have the option to opt-out of these cookies. But opting out of some of these cookies may affect your browsing experience.
Necessary Always Enabled
Necessary cookies are absolutely essential for the website to function properly. These cookies ensure basic functionalities and security features of the website, anonymously.
Functional
Functional cookies help to perform certain functionalities like sharing the content of the website on social media platforms, collect feedbacks, and other third-party features.
Performance
Performance cookies are used to understand and analyze the key performance indexes of the website which helps in delivering a better user experience for the visitors.
Analytics
Analytical cookies are used to understand how visitors interact with the website. These cookies help provide information on metrics the number of visitors, bounce rate, traffic source, etc.
Advertisement
Advertisement cookies are used to provide visitors with relevant ads and marketing campaigns. These cookies track visitors across websites and collect information to provide customized ads.
Others
Other uncategorized cookies are those that are being analyzed and have not been classified into a category as yet.
SAVE & ACCEPT
MORE STORIES
Cryptocurrency News