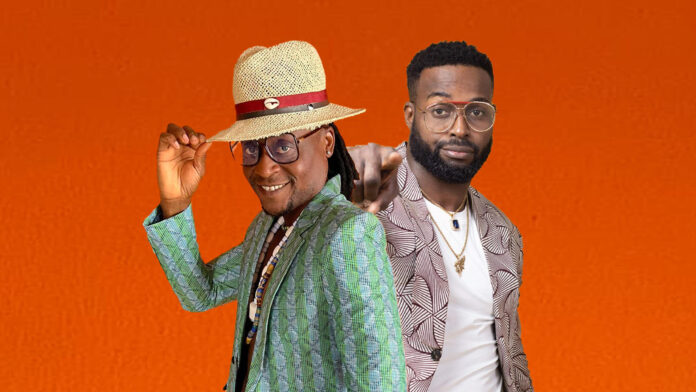 The three minutes-thirty seconds song followed the release of ‘Joro Joro’, his first single in the year (2021).

Released alongside an audio-visual, the uplifting cut sees the collaborators singing about a pretty lady.

The colorful clip shows Jaajo in a compound to fetch for his female admirer.

Interspersed with shots of DJ Neptune and many other beautiful ladies in varying situations, the video narrated how Jaajo’s admirer was joyful over his expression of love.

Speaking on Oyogo, Jaajo explained that having secured the beat from his producer, it took him a second try to consider recording it.

“Just like every other song I have done, my producer shared a beat with me from Nigeria and asked me to listen to it. I did and I realised it was amanpiano, a music genre that derived its name from the Zulu (a tribe in South Africa).

“At first, I didn’t fancy the beat, but he continued telling me to jump on it is the latest music trend in Nigeria. I eventually bowed to the pressure from him, and I wrote Oyogo and recorded it in no time because I surprisingly loved what the producer was suggesting,” he told journalists via a zoom meeting from the United States of America (USA), where he resides.

When asked about the theme of the song, and what ‘Oyogo’ means, Jaajo explained that the title of the song is a pet name for pretty ladies.

According to him, the song tells the story of a shy girl who fell in love with him.

“The girl I sang about would stop at nothing to have some quality time with me. Interestingly, we portrayed this story in the music video, where the father was eventually carried away with other ladies that he was attracted to,” he added.

Revealing how he secured DJ Neptune’s interest in featuring in the song, Jaajo said he first thought of partnering with Phyno for the monster hit, adding that the indigenous rapper was unavailable at the time due to his impending forthcoming album.

“I eventually thought of DJ Neptune, and to my utmost surprise, he was ecstatic about the featuring and showed supports in the most unbelievable way,” Jaajo stated.

Commemorating Nigeria’s 61st Independence Day during his performance at Base Lounge in Maryland, USA, Jaajo advised the citizenry to be more patriotic and keep believing in the betterment of the country.

While maintaining that the most populous African nation needs improvement in many areas, Jaajo sought dialogue, saying it’s the best form of keeping everyone together.

He stated: “We have gone a long way, and unfortunately, it is not about age. In the spirit of the independence celebration, I appeal to Nigerians to be patient and encourage the government to dialogue. With this, I believe we will be in a better place.”

Gushing over how Jaajo serenaded his fans with ‘Oyogo’ at Base Lounge, where he performed the song for the first time, Fajebe Music Group, an entertainment company known for promoting shows in the USA, promised that the music star’s ongoing tour in the country, is full of surprises and conscious music.

While promising to deliver jaw-dropping shows across the USA with Jaajo, Fajebe Music Group said the singer is also considering extending his music tour to Nigeria.