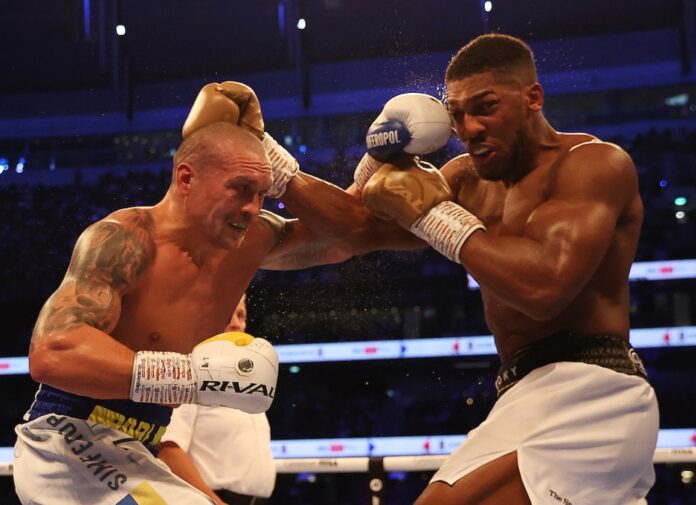 Anthony Joshua, a British-Nigerian boxer, and his Ukrainian counterpart, Oleksandr Usyk, would be earning no less than N17 billion ($40 million) each for their highly-anticipated rematch on Saturday, August 20, 2022.

UnmaskNG understands that this is the second-highest money for a match in the history of boxing after the $60 million both paid to Joshua and Andy Ruiz Jr for their rematch in Saudi Arabia.

Billed ‘The Rage on the Red Sea’, the rematch would be held in the indoor arena at the King Abdullah Sports City in Jeddah, Saudi Arabia.

Saudi Arabia is two hours ahead of Nigeria.

The extended undercard is set to begin from 3.30 pm West African Time (WAT), with a number of preliminary bouts for those in attendance before radio and TV coverage begins.

The main event ring walks are expected at around 10.30 pm with promoters Matchroom confirming the first bell is set to sound at 10:54 pm.

Meanwhile, Joshua, having noticed that Usyk had gotten bigger for their rematch, warned the Ukrainian that it won’t be enough and would only help him (Usyk) absorb more punishment.

“If you’re a puncher, punchers aren’t made, they’re born.

Nigeria At 60: A List Of Patriotic Songs You Will Enjoy