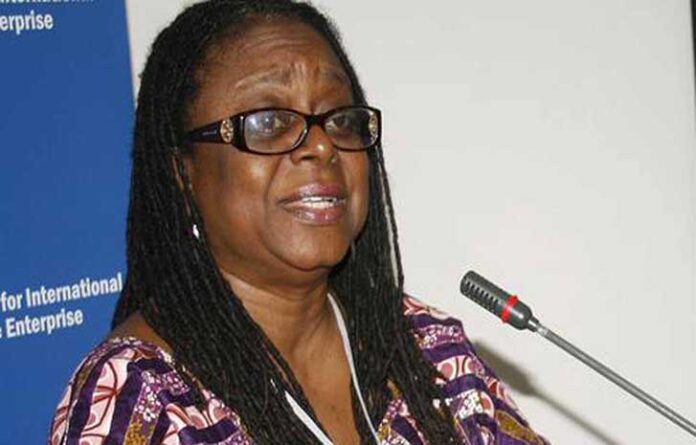 The Nigerian government has lost no fewer than N700 billion in less than three weeks. This is due to the nationwide #EndSARS protest.

While discussing the implications of the protest against police brutality, Toki Mabogunje, the President of Lagos Chamber for Commerce and Industry (LCCI), said the nationwide demonstration has negatively impacted the Nigerian economy.

The LCCI boss noted that the industry appreciates the participation of citizen in the protest and the demands for accountability, but the negative impact it’s having on the economy is alarming.

Her words: “These are in consonance with the democratic norms. They also form vital ingredients for good governance;

“LCCI is however concerned about the negative impact that the protracted nature of the ENDSARS protest has on business activities across the country;

“Over the past 12 days, economic activities have been crippled in most part of the country and have been particularly profound in the urban areas;

“The Nigeria economy has suffered an estimated 700billlion loss in the past 12 days.”

She further suggested that in order to protect the livelihood of Nigerians, including the business community, the #EndSARS protesters need to progress to the next stage of civic engagement, which is dialogue.

“This is necessary to reduce the massive disruptions, blockades and barricades around our major cities and interstate highways. These actions have been at great cost to the economy and the welfare of Nigeria citizen. It should be noted that our economy is still reeling from the shock of the COVID-19 pandemic and struggling to recover from its devastating effects.”

“That the government should commit to rapid improvement in governance quality and accountability by effecting necessary institutional policy and regulatory reforms not only for the police but the entire public sector economic system;

“The leadership of the protest should occupy the seats provided to participate in the reforms to be implemented by the government in response to their demands,” she added.

It is almost three weeks since the protest against police brutality across the country began. However, in order to make their agitation effect, the #EndSARS protesters have since taken over major money-making spots like the Lekki tollgate. Not only that, workers have also not been allowed to commute to their various workplaces.