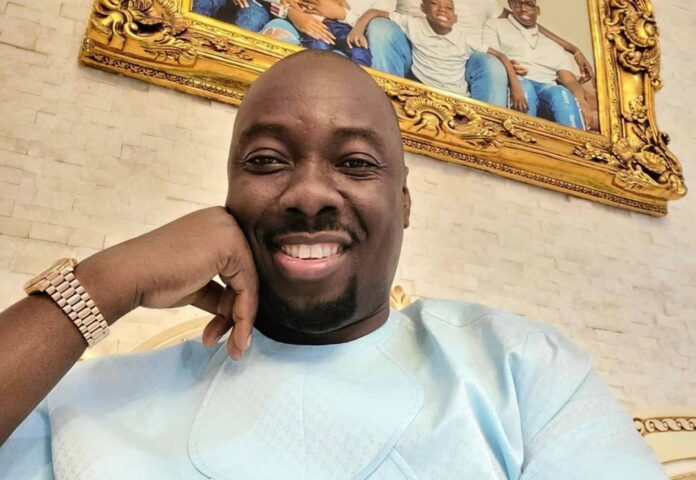 A piece of emerging information, in the late hours of Monday, November 1, 2021, has it that popular socialite and hospitality merchant, Obi Cubana has been arrested.

Unmask NG garnered that some operatives of the Economic and Financial Crimes Commission (EFCC) arrested the self-styled billionaire, and took him into custody at Jabi area of Abuja.

Obi Cubana whose real name is Obinna Iyiegbu, according to sources, fell into EFCC trap for fraud-related offences and money laundering.

“Obi Cubana was arrested and brought to the EFCC headquarters on Monday afternoon over allegations of money laundering and tax fraud. He is being grilled by detectives as we speak,” Punch quoted a source as saying.

This publication, however, understands that Obi Cubana became a spotlight personality in July 2021, after his mother’s lavish burial.

The burial ceremony, which was held at Oba in Anambra State, was so extravagant, such that no less than 200 cows were slaughtered to entertain guests.

The burial, which had many celebrities, socialites, and politicians in attendance, set tongues wagging thereafter, with many people questioning the source of Obi Cubana’s wealth.

Although, as of the time of filing this report, the allegations levelled against the socialite was sketcy, Unmask NG will provide update on the matter soon.