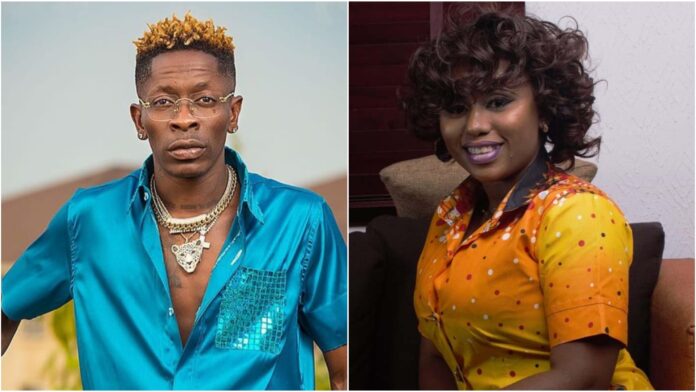 Music executive Esther Adekeye otherwise known as Cute Kimani has addressed the most-recent controversial debate by Shatta Wale, in which he claimed that Nigerian artistes don’t support their Ghanaian counterparts.

Shatta Wale, had in a series of posts on his social media pages, accused Nigerian artistes of being selfish, saying they are not supporting their peers in other African countries, especially Ghana.

While maintaining that Nigerian music stars have not shown their Ghanaian counterparts the same fame they gave them, Shatta Wale stated: “I don’t need any Nigerian artiste to sell out Ghana’s stadium, f**k Nigerian artistes.”

Following Shatta Wale’s rant about Nigerian artistes, there have been mixed reactions among music stakeholders in both countries. While many people chided the rapper for creating confusion and promoting hatred, some persons, including Sarkodie and Stonebwoy threw their weights behind him.

Sharing her sentiment on the matter, Cute Kimani said she’s not shocked that such debate was established by Shatta Wale considering his vociferous prowess.

She, however, noted that the chemistry between Nigerian artistes and their Ghanaian counterparts is more than an alliance. “It is a relationship that’s based on shared feelings, interests, and experiences, one that existed way before we were born and won’t stop because of Shatta Wale, neither will his outburst make it better. From Nana Acheampong – GYakie’s Dad, Regie Rockstone, Samini, VIP, Tictac, Boogie, Mzbel, Amaraee, Sarkodie, Gyakie, King Promise, KiDi, Kuami Eugene, Kwesi Arthur, and more, we have always embraced them. Gyakie had a massive year and that’s because of her affiliation with a Nigerian artiste, Forever remix with Omah Lay ended as one of the most streamed songs of 2021,” she explained.

The revered public relations expert, who expressed her pride in working on Fireboy’s LTG and Apollo Albums, Phyno’s Something to live for, and Olamide‘s UY Scuti albums advised Ghanaian artistes to copy what their Nigerian counterparts. She said, “You have to be seen where you want to be heard. That’s the music business.”

Cute Kimani added: “It goes way beyond just collaboration. Ghana has so many amazing artistes that need to be heard globally. The question is what are Nigerian artistes doing differently? find it, copy It, adopt it, rinse, and repeat. Nigerian artistes worked their way up, there were no handouts and to be fair, Nigerian artistes have played and still playing their part for the culture.

“Intentionality about your craft is what takes you from where you are to where you think you need to be. How far are you willing to go, how hard will you work to get what you want?”