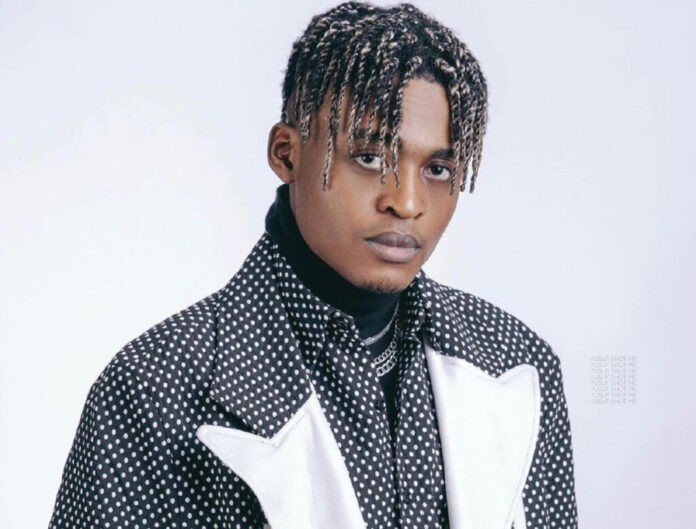 Cheque’s biography and net worth makes it to Unmask NG’s spotlight.

Born as Akanbi Brett Bamidele, Cheque is a reigning Nigerian singer and songwriter. Interestingly, in the short while his music career professionally debuted, his songs have secured massive numbers on streaming platforms.

Not only that, he’s one of the very artistes, whose hit songs constantly get airplay.

For Cheque, music started during his bachelor’s degree programme while he was an undergraduate of Obafemi Awolowo University (OAU).

While he graduated in 2017, after which he started chasing music full-time, Cheque earned his first degree from OAU in Chemical Engineering.

Following his graduation from the university, Cheque was easily spotted for his musical talents by PentHauze Music and got signed almost immediately.

Before his breakthrough in music, Cheque was formerly known as Kyle-B. All thanks to Zamorra, a fellow musician who gave that to him.

Having completed his school programme, Cheque relocated to Lagos State, and a year after he had left school, he contested for ‘Murk Reminisce’, a music challenge game organised by indigenous rapper Reminisce.

After the show, he got a message from Penthauze boss Phyno, and as they say, the rest is history.

How Cheque secured his stage name

Unmask NG understands that Cheque is among the Nigerian artistes that could not figure out their stage names on their own. However, in the case of the Penthauze signee, some show audiences made it happen.

Cheque was invited for a performance at an event, and while serenading the audience with his melodious trap music, he continually mentioned ‘Mic Check’, and the crowd continued to cheer him up with that.

After the show, he just loved the way the fans he made at the event called him ‘Check’, but later styled it “Cheque”.

Since he debuted his career under Phyno’s watch, Cheque has released two musical projects –Razor EP and Bravo, with no less than 18 songs combined.

Not only has he featured on a song with his record label boss, but Cheque has also attracted interest from other music stars, that include Davido and his American counterpart Wale.