Home Showbiz Nigeria At 60: A List Of Patriotic Songs You Will Enjoy 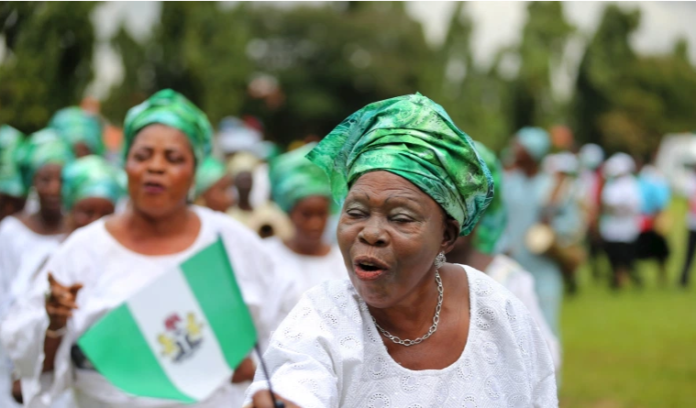 Independence Day in Nigeria is a national day celebrated annually on the first day of October. This, primarily marks the country’s freedom from the British government in 1960.

Amongst many other reasons, Nigeria’s Independence Day is usually a day set aside to honour the country’s heroes.

However, there is no gainsaying that Nigeria is blessed with diversity of tribes, religions, languages, and culture. The most populated African country is also blessed with talented artistes, who has recorded and released songs that celebrates Nigeria.

These artistes, with their songs, have contributed immensely to national growth and unity among Nigeria’s citizenry.

Below are some of the songs you should listen to today:

When singer Sunny Okosun released this classic in 1983, the intent was to bring a truthful realisation to both the Nigerian leaders and the populace. The song’s lyrics frown at bribery and corruption which lurks around the country.

Interestingly, this song is TY Bello‘s debut, and it’s a song that aims at spreading love, strengthening the family bonds, and expressing optimism for Nigeria. Released in 2007, the song also encourages Nigerians to move away from the state of fear and discomfort to a land of hope and possibilities.

Onwenu, a Nigerian music legend who has been so passionate about unity in the country, expresses the need for unity in this track. The song conveyed a bundle of messages to Nigerians. In the same vein, the tender voices of children who sings the chorus was indeed a track to reckon with.

This song was performed by Nigerian leaders, both past heads of states and democratic leaders men. The song, which was a declaration of unity in the country features Vice President Yemi Osinbajo, former President Olusegun Obasanjo, Ernest Shonekan Oladipo Diya, and the late Alex Ekwueme.

The king of music, King Sunny Ade extends his love to all tribes, and religions in Nigeria. In his track, he urges everyone to come together and work for the continuous progress of the country.

Funmi Adams, popular in the 80s and 90s, promoted cultural diversity among youths.  Asides from the nostalgic feeling you get from the song, it preaches unity and harmony. This song remains evergreen in the hearts of many Nigerians.

A gospel and R&B group released a song titled Let’s Live Together in the 2000s. The song re-establishes the statement “united we stand, divided we fall”.  It also reminds Nigerians of the need to live together in peace and harmony.

The artiste expresses hope and faith in Nigeria. The song which was rendered in the pidgin English language celebrates Nigeria natural resources.

The song Motherland serves as a reminder to Nigerians that have left the country in search of beautiful and blessed land that no matter how far and wide they go, Nigeria still remains the best place for them to be.

This song is one that inspires Nigerians never to lose hope in themselves and believe in unity.