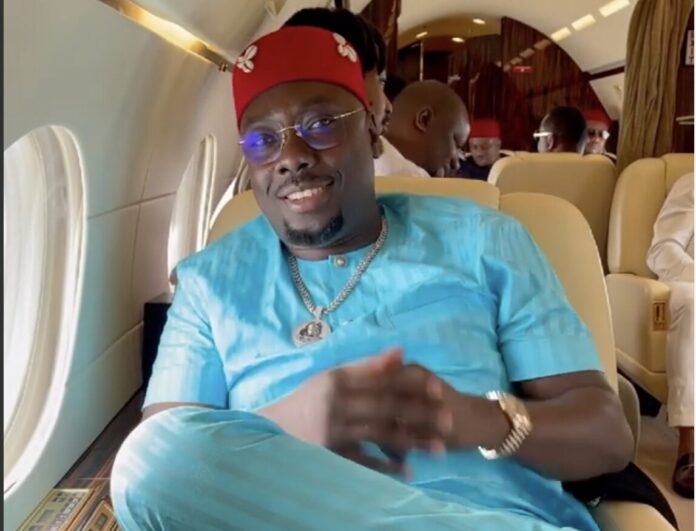 Last night (Monday, November 1, 2021), the news of socialite Obi Cubana‘s arrest quickly spread like wildfire, such that Unmask NG published it among other mainstream news platforms.

About 24 hours after Obi Cubana, whose real name is Obinna Iyiegbu, was taken into custody by the Economic and Financial Crimes Commission (EFCC), he regained his freedom, and some hours later, he reunited with his friends, and family.

Confirming his freedom from the EFCC custody, a source in the anti-graft agency, stated that Obi Cubana was only released on administrative bail.

“Yes, he has been granted bail but he is yet to meet the conditions for his release,” Vanguard quoted the EFCC official as saying.

In July 2021, Obi Cubana, who’s known for his showbiz and hospitality business, caught attention from members of the public, after he hosted celebrities, politicians, socialites alike, amongst other societal stakeholders, to a treat for the burial of his mother.

Unmask NG understands that it was an extravagant burial ceremony, during which no less than 200 cows were slaughtered.

The star-studded event set tongues wagging on social media, with many of them questioning Obi Cubana’s source of wealth.

BET Awards’ Revenue To Decline As 2020 Edition Will Only Hold...